Talking Plant Protein & Green Electricity with Morrisons at Their 2017 AGM 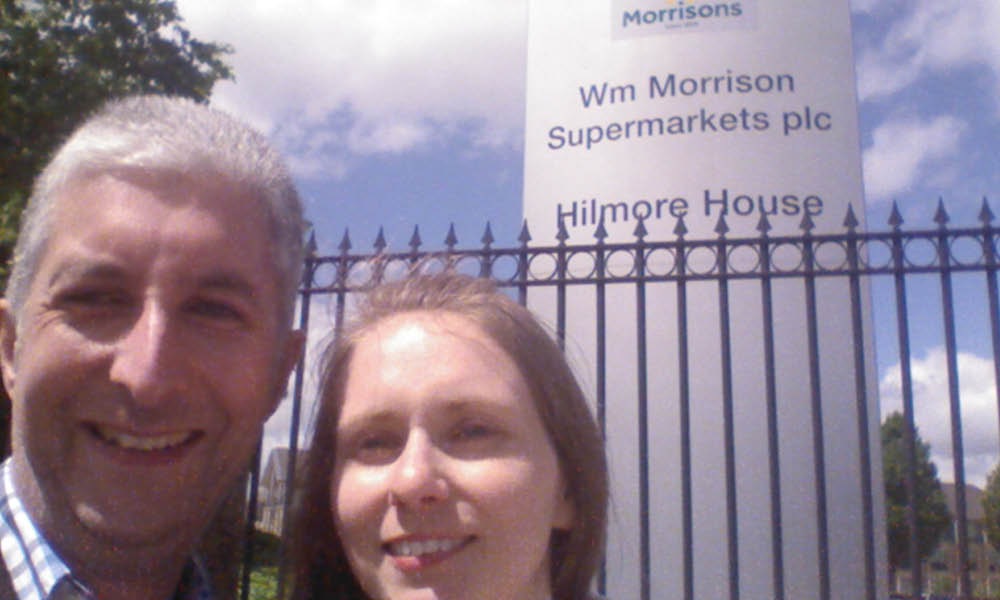 We know that the shift from fossil fuels to renewables, and from meat to more plant-based proteins, are key transitions needed in the fight against global warming. My partner Ali and I were therefore excited to be asked by ShareAction to raise these issues at the AGM of supermarket chain Morrisons, knowing that there were already huge investor coalitions supporting the initiatives.

The AGM itself opened on a poignant note; a tribute was given to Ken Morrison, who had passed away recently.  After the Chairman had outlined the agenda for the meeting and the Chief Executive had presented the results for the year, it was time for questions.

At the end, we headed towards the buffet lunch, but the lack of vegan options tells me we have lots more work to do to push plant-based protein up the agenda!

We managed to get our questions in first and third and after initial responses from the Chairman about Morrisons’ approach, the Group Corporate Services Director offered to discuss the issues we had raised with us further after the meeting. “Great!” I thought.  I know who to make contact with.

We felt like our questions were quite long, but it turned out that some of the others were much longer – there were many private shareholders there with a passion for the shops and their customer experience.

Just leaving the @Morrisons AGM where they agreed to meet @ShareActionUK to discuss plant proteins & renewable energy #RE100 #AGMActivism pic.twitter.com/zSMJqWIPES

Once the formal AGM was closed, we spoke to the Group Corporate Services Director and got his business card.  More importantly, we secured a meeting for ShareAction to discuss the issues with Morrisons further.

We were pleased to hear about Morrisons’ plans to reduce their carbon footprint – a step in the right direction.  Their approach was very much to be customer-led, rather than leading on food trends, and we discussed the importance of encouraging healthy diets.

At the end, we headed towards the buffet lunch, but the lack of vegan options tells me we have lots more work to do to push plant-based protein up the agenda!

Thanks Kate! To learn more about our sustainable food systems campaigns, click here. To read about our renewably electricity campaign, click here.