Corporate Responsibility in the US – Keeping Faith in Trying Times 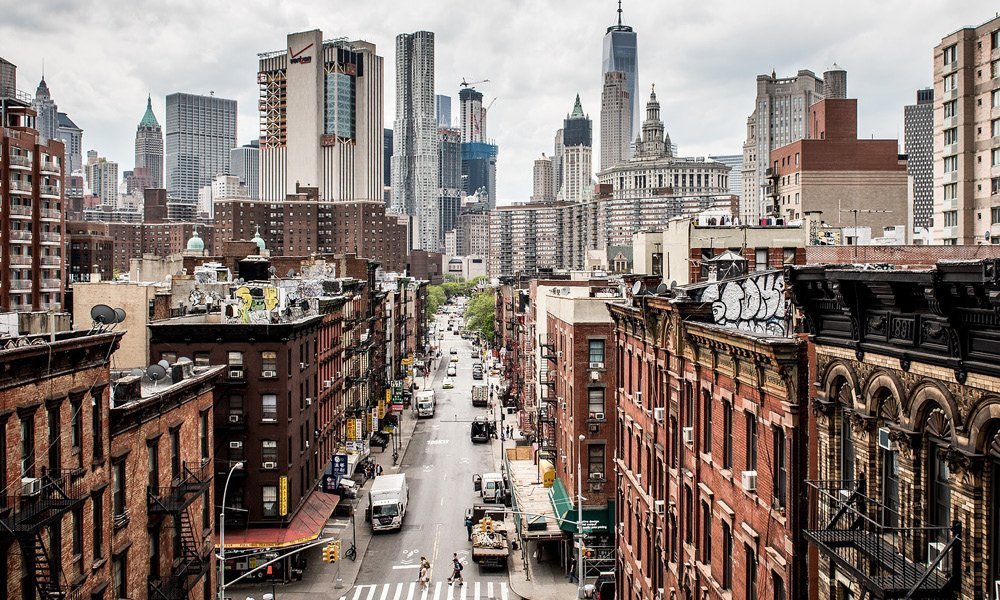 Power. It’s the basis of shareholder activism, so it was apt that power was the theme of the opening session of the Interfaith Center on Corporate Responsibility (ICCR) spring conference in New York. The session defined power as “organised people or organised money” – the work of the ICCR fits neatly between these two – and covered how to harness power and put it to good.

There followed a fascinating and wide-ranging conference focusing on how, in challenging political times, responsible investors in the US can use their power to positively engage with and influence companies. I came away feeling struck by the challenges facing this impressive community of shareholder activists, but also excited about working alongside them and learning from their long-proven ability to create change.

In few places do power and capitalism coalesce so boldly than the Big Apple. You feel it within hours of arriving – brands stare down at you from the tops of skyscrapers, while down below the conspicuously powerful and powerless criss-cross their way through the streets and avenues. The city has an alluring sense of scale and ambition. But its inequality and social issues are just as clear.

Excited to be in New York for the @ICCRonline Spring Conference! Can’t wait to meet and learn from leaders in shareholder activism on #ESG issues in North America. And plug @WDIwork & @ShareAction of course! 😀#DecentWork @share_ca

Perhaps it’s not a surprise, then, that New York was where some visionary religious investors first thought of using the power of their shares to encourage corporates to improve their impact on social issues. It all started in 1971, when the first religious shareholder resolution with a social theme was filed at General Motors, asking the car giant to withdraw its business from apartheid South Africa. Not long after that the ICCR was formed, bringing together like-minded investors to improve corporate practices on environmental, social, and governance (ESG) issues.

As I am a relative newcomer to the world of responsible investment, the longevity and commitment of the ICCR staff and members is truly inspirational to me. They have been perfecting and using shareholder activism techniques for nearly 50 years now, and some people at the conference have been involved from the very start.

As I am a relative newcomer to the world of responsible investment, the longevity and commitment of the ICCR staff and members is truly inspirational to me.

At ShareAction, we are proud of the progress we’ve made in over a decade promoting responsible investment. We have also collaborated with the ICCR on topics as diverse as antibiotics in the food chain and human rights. Our projects, like the Workforce Disclosure Initiative (WDI) – which we were lucky enough to present to delegates at the ICCR – have created important changes in investors and companies. But from what I saw and heard at the conference, I feel we can certainly learn a lot by tapping into the ICCR’s rich experience of engaging corporates on the other side of the Atlantic.

The expertise of the delegates on a huge range of themes was particularly impressive. Human rights and labour rights are long-standing areas of specialism, and they are also applying their methods to issues including climate change, workplace diversity, chemical use, racial justice, and the opioid crisis afflicting the US. This expertise is clearly recognised by companies, who sent a number of representatives to the dialogues organised either side of the main conference. The world urgently needs these powerful companies to play a positive role in addressing various crises; to assist in saving the climate and tackling the inequality that is placing a strain on the social fabric of our societies. So, it is great that companies join these dialogues at the ICCR to listen to the concerns of forward-thinking shareholders.

But what about when dialogues do not achieve the desired impact? That is where shareholder resolutions come in. And even for such adept users of this tactic, these are trying times. One fascinating session at the conference documented how the US Securities and Exchange Commission (SEC) – a regulator of financial markets – is making it more difficult for investors to successfully file shareholder resolutions. The ICCR are still supporting the filing of a staggering 250 resolutions at US companies this proxy (AGM) season. These resolutions are vital to ensure management – and crucially the company’s other shareholders, who typically dwarf ICCR members in terms of financial clout – take ESG matters seriously. Companies often challenge the very filing of these resolutions and the SEC is finding more and more reasons to rule in their favour.

This should be a concern to anyone who cares about corporate responsibility, not least the mainstream investment management companies that increasingly market themselves as responsible investors. While I do not doubt the ability of the ICCR network to work through this challenge, they need support. They are doing incredible work with the power they have, but they need their hand to be strengthened by regulators and mainstream investors.

The ICCR are still supporting the filing of a staggering 250 resolutions at US companies this proxy season. These resolutions are vital to ensure management – and crucially the company’s other shareholders, who typically dwarf ICCR members in terms of financial clout – take ESG matters seriously.

Just a short subway ride south from the ICCR building I found myself in the thick of Manhattan’s financial district. Few places on earth feel as powerful. Many of the sky-high towers house the investment management firms that hold crucial shares in the world’s biggest companies.

What if those investing giants took a few steps in ICCR and ShareAction’s direction? What if they used their power more to encourage companies to do the right thing for the long-term benefit of people and planet? There have been positive steps, but they need to move faster and be more authoritative.

One thing is clear: the excellent people involved with the ICCR have laid a clear path for how to engage with companies on issues that matter to everyone. And that gives me a little more faith.

Thanks Charlie! To learn more about the Workforce Disclosure Initiative, click here.