BP Energy Outlook 2019: A Dual Challenge, but not a Dual Commitment 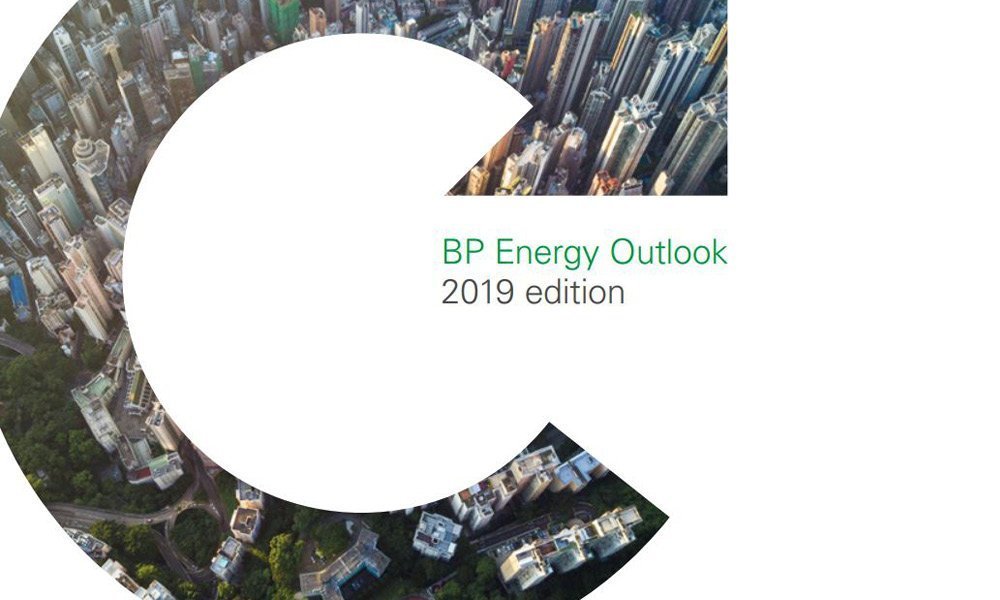 The dual challenge of “more energy, less carbon” was once again front and centre in BP’s 2019 Energy Outlook. However, this year’s forecast follows the well-trodden path of its predecessors, seeking to reinforce the status quo of fossil fuel domination in the energy matrix.

In doing so, BP fails to provide for a world in which oil and gas are phased out more rapidly to reduce emissions in line with the Paris Agreement, in a move which would pose a more substantial risk to its business model and threaten its future profitability.

The Evolving Transition (ET) scenario, around which much of the narrative is built, has remained broadly similar to the 2018 outlook. The key features of the ET scenario are:

The most interesting revisions from the 2018 Outlook were to industrial demand in China and renewables, while public outcry over plastic pollution in recent years has pushed it higher on the agenda of governments and companies.

The “unintended consequences” of a plastic revolution

In recent years, the environmental impact of plastics has been thrust into the public spotlight. As governments come under increasing pressure, BP have built in the possibility of regulation – including a worldwide ban on single-use plastics by 2040 – into this year’s Energy Outlook, and the possibility of such a ban halving the growth rate in oil demand.

It is unsurprising that BP would make a case for the continued use of plastics, as the company makes millions from selling its main ingredient.

However, it comes with a caveat. In their widely watched report launch, BP Chief Economist Spencer Dale warned of the “unintended consequences” of a plastic ban, claiming that a lack of an obvious alternative to plastic could lead to an increase in energy demand and emissions.

It is unsurprising that BP would make a case for the continued use of plastics, as the company makes millions from selling its main ingredient – oil. This is yet another example of BP’s attempts to keep fossil fuels at the forefront of the energy landscape, in order to maximise its own self-interest at the expense of further environmental harm.

China: does BP underestimate the pace of change in emerging economies?

One of the most significant revisions from the 2018 Energy Outlook was the reassessment of energy demand in China, as BP admitted it was “surprised” by the pace of adjustment.

Improvements in energy efficiency and a shift away from energy-intensive industries in China have led BP to revise down China’s expected industrial demand by 22%, and its coal demand by 37%. This, combined with a significant uptake in renewables, has changed the view of the energy landscape in China and delivered a 4% decrease in projected global energy demand.

Although China is still projected to be the largest consumer of energy by 2040, this significant revision in forecast highlights the speed of change possible in emerging economies, and perhaps underlines that it is not a foregone conclusion that global energy demand will continue to grow at the exponential rates projected by BP in the outlook.

According to the new Energy Outlook, renewables are set to penetrate the global energy system “more quickly than any other fuel previously in history”. Under the ET scenario, renewable energy’s share of global production is set to increase from 1% to 10% in only 25 years (and in only 15 years under their alternative ‘Rapid Transition’ scenario).

Demand for gas grows strongly. Oil use keeps going up until a peak in the mid-2030s. And coal use falls, but slowly.

However, regardless of policy intervention and technological gains, BP claims that the rise of renewables is still unlikely to be sufficient to meet the growing energy demand. One of the biggest obstacles to the expansion of the renewables industry, it claims, is the rate at which existing power station infrastructure can be retired and replaced.

So, do BP make a case for the scaling back of investments in fossil fuel infrastructure?

Not by a long shot. BP, inevitably, argues that oil will continue to play a major role in the global energy landscape and argues for trillions of dollars of investment in new production areas to meet the growing demand for energy. Investment in oil production will not only increase carbon emissions, but it will also lock-in the infrastructure for decades and justify the continued dominance of fossil fuels at the expense of renewables. A shift in capital allocation from fossil fuels to low-carbon alternatives is therefore essential to a cleaner energy landscape.

BP’s assertion that fossil fuels are set to play a major role in the global energy mix in 2040 is coming under increasing pressure. BP substantiates this with the argument that the world will need more energy to continue to grow and prosper, particularly in emerging economies and the world’s poorest countries.

Greenpeace UK strongly refutes this claim and argue that “BP is shamelessly exploiting the economic needs of developing countries to justify its pursuit of profit”.

BP’s assumption that developing economies and poorer nations will depend on its products is “exploitative” and actually beginning to crack.

Carbon Brief also argues that cracks are beginning to appear in this assumption. An alternative energy outlook published by consultancy McKinsey argues that the upward trend in global energy demand may grind to a halt in the future, driven by the rapid uptake of renewables and improvements in energy efficiency.

The realisation of a scenario similar to McKinsey’s would have a profound impact on BP’s current business model and its future profitability. It could also conceivably leave a world with a fighting chance of limiting warming to below 2°C.

Although BP have accepted that there is a “dual challenge” to meet energy demands and reduce carbon emissions, the 2019 Energy Outlook demonstrates that its focus is less on emissions reduction, and more on ensuring a place for fossil fuels in the energy landscape.

Thanks Joe! To find out ore about our campaign to align the fossil fuel sector with the Paris Agreement goals, click here.