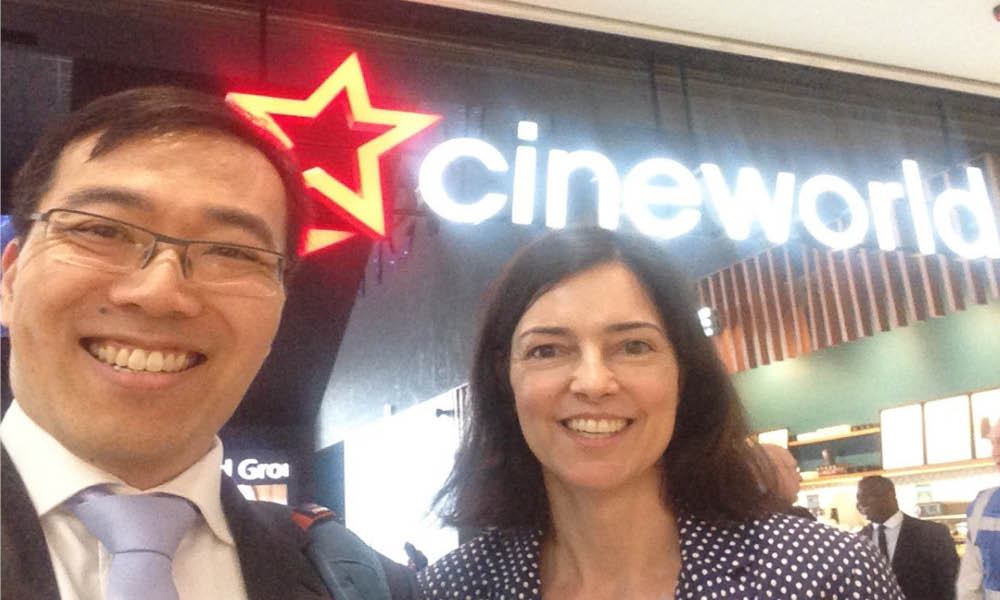 We interviewed AGM activist Kevin Chuah about his experience using his power as a shareholder to put his issues on companies’ agenda.

What was it that got you interested in AGM (annual general meeting) activism in the first place?

It’s simply such a great idea! AGMs are a unique opportunity for all investors, small and large alike, to meet with management and understand how the companies in which they invest are run. It only takes one share to get access and it means that our voice can be heard.

What was your first AGM? What did you make of it?

My first AGM was with Compass Group last year. Quite a few individual investors turned up to that meeting and a variety of questions were asked. However, I was both surprised and disappointed that institutional investors, who have the potential to wield greater influence, were not present. I know that institutional investors tend to have face-to-face meetings with management, but their presence would show that they are really engaged in using their shareholder power.

Which AGMs have you been to this year? Did one stand out for you?

I’ve been to 3 AGMs this year: Cineworld, Hikma Pharmaceuticals and St James’s Place. St James’s Place stood out because I asked a question about the company’s gender pay gap. I was really surprised at the size of their gender pay gap (on average women were paid a staggering 47% less than men in 2017, although there is no gap between women and men performing the same role). The company agreed that the gap is an issue of concern and highlighted their commitment to promoting women to higher ranks within the company. I’m looking forward to seeing that materialise in the coming years.

What was the most disappointing answer you received?

I was disappointed that Cineworld were reluctant to sign up to becoming a Living Wage employer. I understand that they are in a competitive business environment, but for a company which has seen such profit growth, I expected a greater willingness to make that commitment to their employees.

Some shareholders have a reputation for asking quite strange questions – have you ever experienced this?

I didn’t have any strange ones this year. Last year, there were a few comments about where one of the AGMs was located. Some investors were happy about the location whereas others were very upset about it!

Have there been any comical moments at the AGMs you’ve attended?

Last year I went to an AGM of a FTSE 100 firm that lasted 7 minutes. I was the only non-employee in attendance. I suppose that’s more shocking than funny, but it reiterates my surprise that more investors don’t take up the opportunity to engage with the management of companies in which they are invested.

You seem to really like AGM activism, attending a couple of AGMs each year. What is it about this as a tactic that you find so compelling?

It’s the direct connection between investor and the company. Being able to directly ask a question to the Chairperson or CEO of a company is a rare opportunity for many investors. Whether we are concerned with working conditions or environmental impacts, we need to be able to communicate our concerns to companies. Doing that in person with the senior management of these companies means that we can build a connection with them and help them understand why these issues matter so much for us. It’s also a great opportunity to listen to their responses as companies typically have many different issues that they are dealing with at the same time.

Have you got any advice for first-time AGM activists? Or those tempted but nervous?

Attend the ShareAction’s AGM activism training sessions. They are really useful and you’ll get to meet others who have experience with attending AGMs. Also, it’s not as daunting as you may expect. I’ve always found that the board are open to taking questions from shareholders and are very considered and respectful in their responses, even if I don’t always agree with those responses!

Lastly, can you describe AGM activism in 3 words?

Powerful: At every AGM I’ve attended, I’ve been impressed by how willing the board and management are to talk to shareholders, both during the formal proceedings and informally afterwards. By engaging directly, senior managers get a clearer idea of what really concerns shareholders. I’d like to think that the personal contact means that they take those issues on board.

Eye-opening: The modern corporation is so complex, so hearing about them directly from senior management helps to provide some clarity on that. It also means that we as shareholders can get a better idea of how issues like climate change and fair employment fit in with each company’s strategic objectives.

Necessary: For small shareholders, AGMs are basically the only way to directly engage with the board and management. It’s great that ShareAction takes up the opportunity and I’m hopeful that other investors and stakeholders will do the same in the future!

Thanks Kevin! To find out more about getting involved with AGM activism, click here.